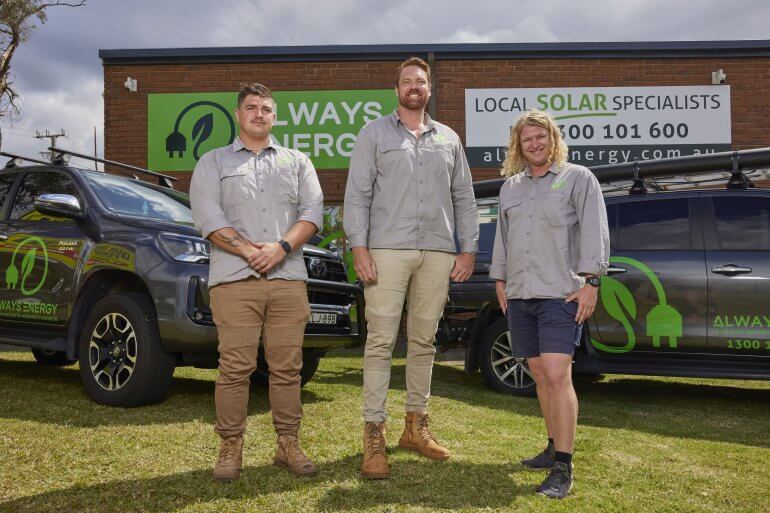 Coffs Harbour sure is a great destination. Apart from being an agri-food paradise, it has some of the most lovely beaches and national parks. Most importantly, a perfect climate. According to CSIRO, Coffs Harbour has the most liveable climates in Australia. The summers are warm with humid and short winters. The year-round sub-tropical climate ranging from 13-25 degrees, with an average maximum of 23 degrees, makes it ideal for solar panel installations.

An average rooftop in Coffs Harbour receives roughly 5.2 hours of peak sunlight a day throughout the year. If you didn’t know, this is an abundant solar resource. So, it’s no wonder why 30% of households in Coffs Harbour already have solar power, leading their way to a sustainable future.

However, there may be some changes in the solar energy output during the winter months. But the difference is much less than you imagine. Let’s break it down for you. When the temperature rises beyond a certain measure, there will be a decrease in solar panel efficiency. For instance, if your solar panel gets heat up to 35 degrees on a long hot day, its efficiency decreases by 5%. That’s why winters do not affect the solar power output as long as you get enough sunshine hours. And therefore, Coffs Harbour has higher solar efficiency even in winter.

By installing a solar panel system, you can slash your power bills. And how exactly? Firstly, through self-consumption. If you can manage to use solar power produced from your solar panels for most of your needs, you are reducing the amount of power you would consume from the grid otherwise. Secondly, you save through the feed-in tariff. You get paid for the excess energy your solar panels generate. Your electricity retailers pay you anywhere from 6c to 21c for each kWh of surplus solar energy, exported to the grids automatically.

If you are a resident of Coffs Harbour, this is the perfect time for solar panel installation as you can save big on solar installation costs. The federal government offers exciting incentives on PV installation costs under its Small-scale Renewable Energy Scheme. According to the scheme, sunnier localities receive more incentives. Coffs Harbour is one of the second-highest sun exposure zones in Australia. So, you have better discounts. Here is a live estimate on the rebates according to Greenbank as of March 2020. (The prices keep changing)

Always Energy have got you covered if you are looking for a reliable solar installer in Coffs Harbour. We provide the best solar system in Coffs Harbour – be it the quality, price, or service. Feel free to reach out to us for any queries regarding your old or new solar power installations.